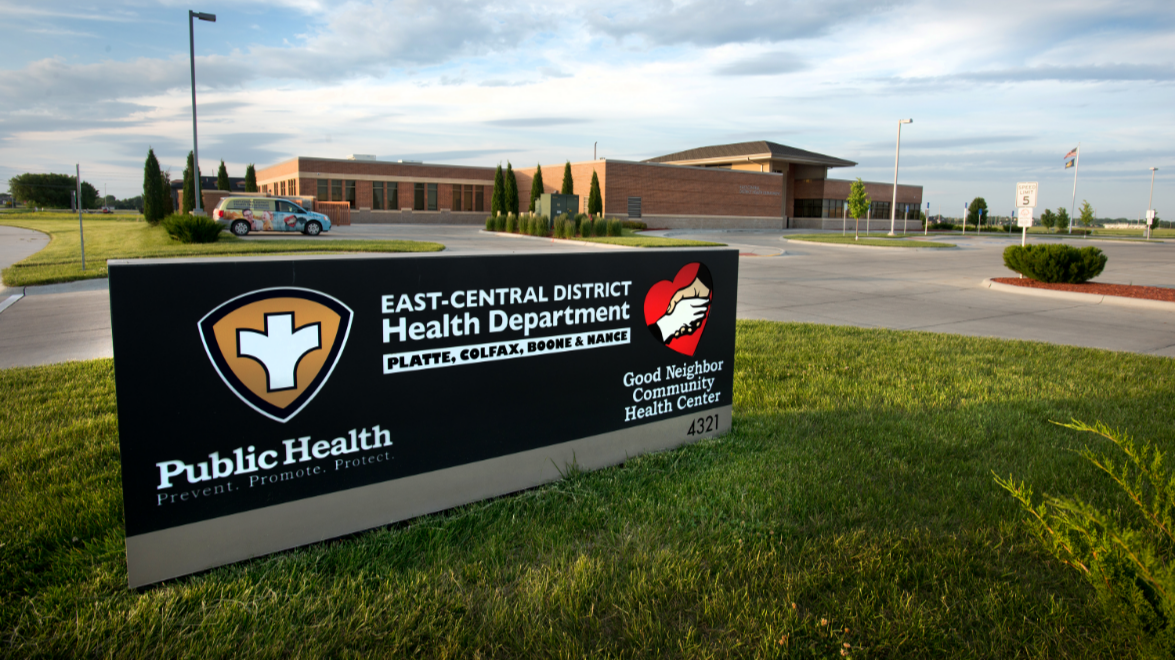 2007  ECDHD and GNCHC Boards of Directors begin to explore options for expanding their facility, either by putting on a sizeable addition or building from the ground up.

2009  It is decided to build a new facility rather than add on due to a variety of factors.  A Building Committee is formed, the board of directors begin to save for a capital development project and bids are let for the project. (The bid is ultimately awarded to Leuder Construction Company of Omaha, NE).

2011  After an extensive search for property, the East Central District Health Department purchases 8.6 acres of a former cornfield near the Columbus Community Hospital.

2012  ECDHD/GNCHC learn they have been awarded a $5 million grant from HRSA to fund 80% of the construction costs for the new site.

2013  Construction on the new building begins.

2015  The 29,400 square foot, $6.7 million project is completed.  The new building doubles the size of the previous facility and allows staff and programs, which had been housed in three different Columbus locations, to be together in one building.  The majority of the new building is devoted to patient space, including medical and behavioral health care, dental care and the Women, Infants and Children (WIC) program along with x-ray facilities, a medical lab and a FEMA safe room.that followed resulted in the construction of the current facility at 4321 41st. Ave.