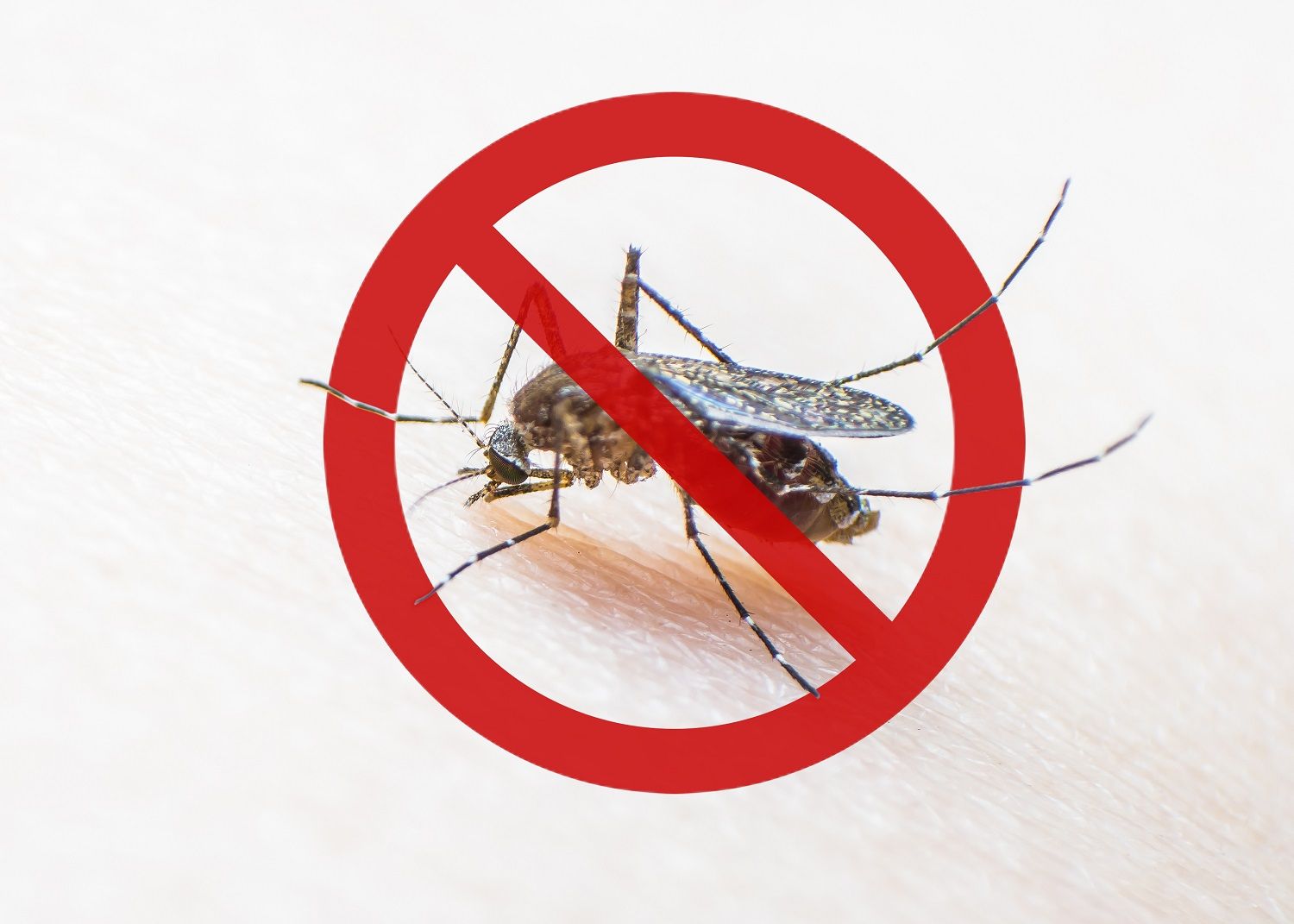 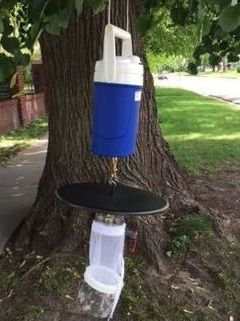 ECDHD will collect mosquitoes one night a week, every two weeks. Traps will be set out at Quail Run Golf Course, Elks Country Club Golf Course, the Bark Park, West Pawnee Park, and East Pawnee Park.  To ensure that mosquitoes can be properly collected, ECDHD asks that the public does not disturb the traps.

Mosquitoes become infected when they feed on infected birds.  The public can help monitor the spread of West Nile virus by reporting dead birds via telephone or e-mail.  Only the Corvid species of birds (Blue Jays, Crows, Magpies, etc.) that are not damaged or decayed and have been dead less than 24 hours should be reported.  ECDHD will not be collecting birds for testing.  To report a dead or dying Corvid, please call Jacqueline Cruz at (402) 562-7500 ext. 281.

The greatest risk for West Nile virus infection is during late summer and early fall because the mosquitoes that transmit the virus increase in numbers during the summer.  While West Nile virus can be fatal, most people who are infected have no symptoms or only mild flu-like symptoms. About 1 in 150 people who are infected will become seriously ill.  People over the age of 60 and those with weakened immune systems are especially vulnerable to the disease and are more likely to experience serious consequences. Symptoms of severe illness include: 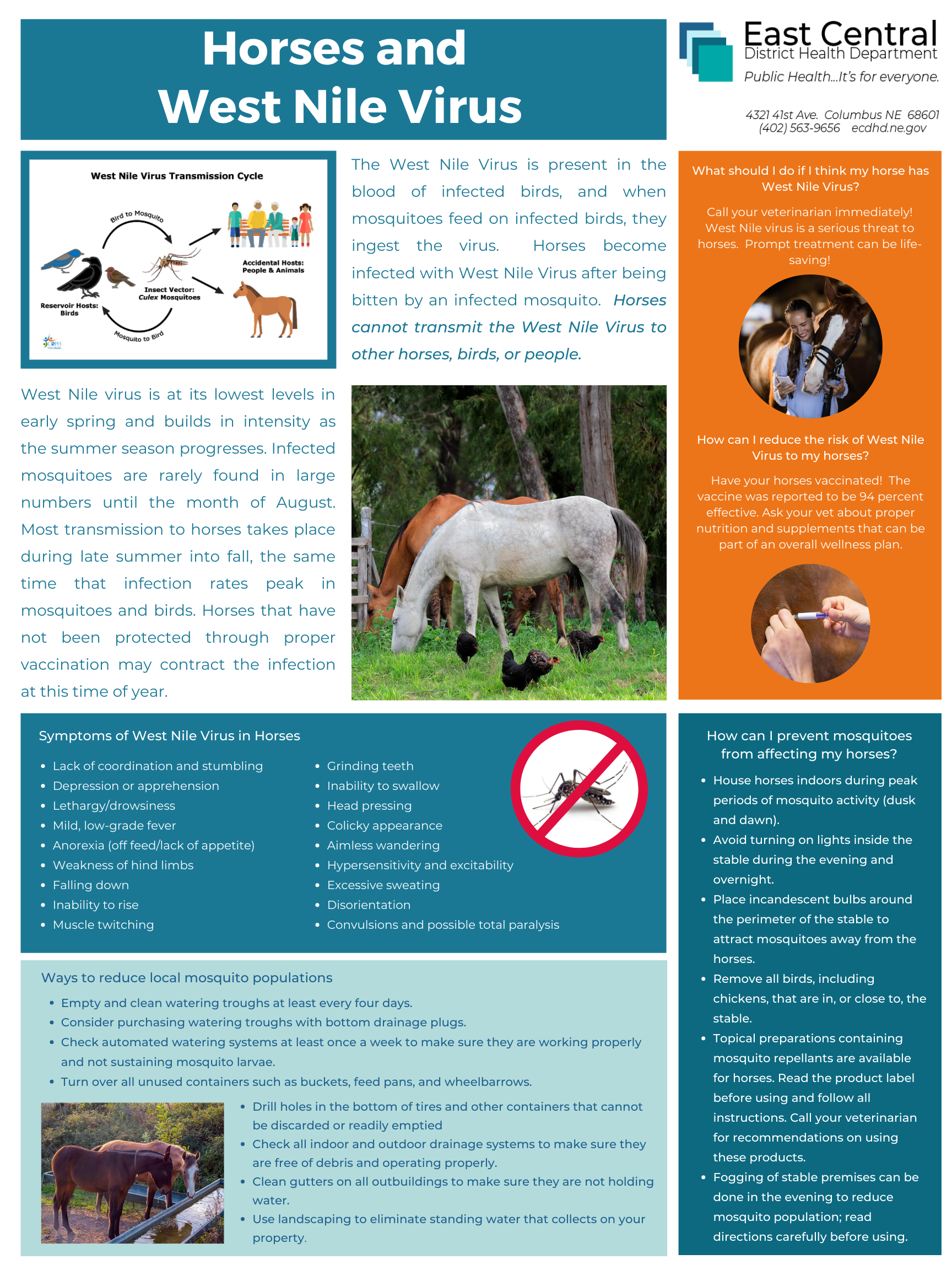